Motorola launched the Motorola CLP E Series in July, 2020 as a direct replacement for its popular, but dated Motorola CLP Series walkie talkies.   This article points out some of the key differences between these radios. 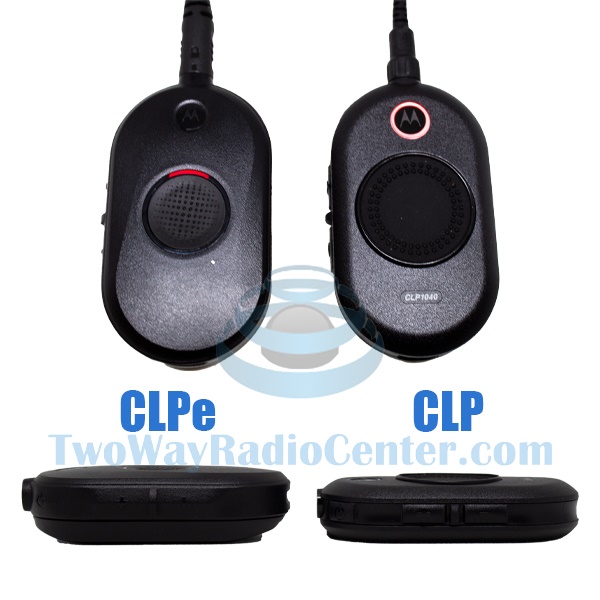 You will also notice the status glow bar on the CLP E Series is more prominent while the Push to Talk Button is smaller and more responsive to touch.  Again, the CLPe Series product is larger so belt clips and batteries aren't compatible between the old and new models.

Finally, the CLP and the CLPe come in different channel configurations.  The Motorola CLP Series came in 1, 4, and 6 channel options with the 6 Channel being a bluetooth equipped walkie talkie.  The Motorola CLPe series comes in 1 and 8 channel models with no bluetooth option.  While headsets, batteries, and holsters are not compatible between the two series, the radios themselves are fully compatible for communication and they share the same charging solution.