Germs have met their match with select two way radios from Motorola. Motorola, the leading Manufacturer of two way radios for Healthcare, Restaurants, Retail, and other markets has been making two way radios with Anti-Microbial Housings for years. No, these walkie talkies aren't germ-proof, but they are designed to resist living organisms from growing on them.

It's important to know, the anti-microbial housing doesn't mean you shouldn't wipe down your radios with a sanitizing wipe before use and after each shift. In many environments, it is best practice to wash between each customer interaction. Anti-microbial housings do not eliminate germs, they just slow their growth so don't forget to wipe down those radios.

The following list of two way radios have been designed with Motorola's anti-microbial housings.

Motorola Solutions has released the technical bulletin below on how to best clean your Motorola two way radio. 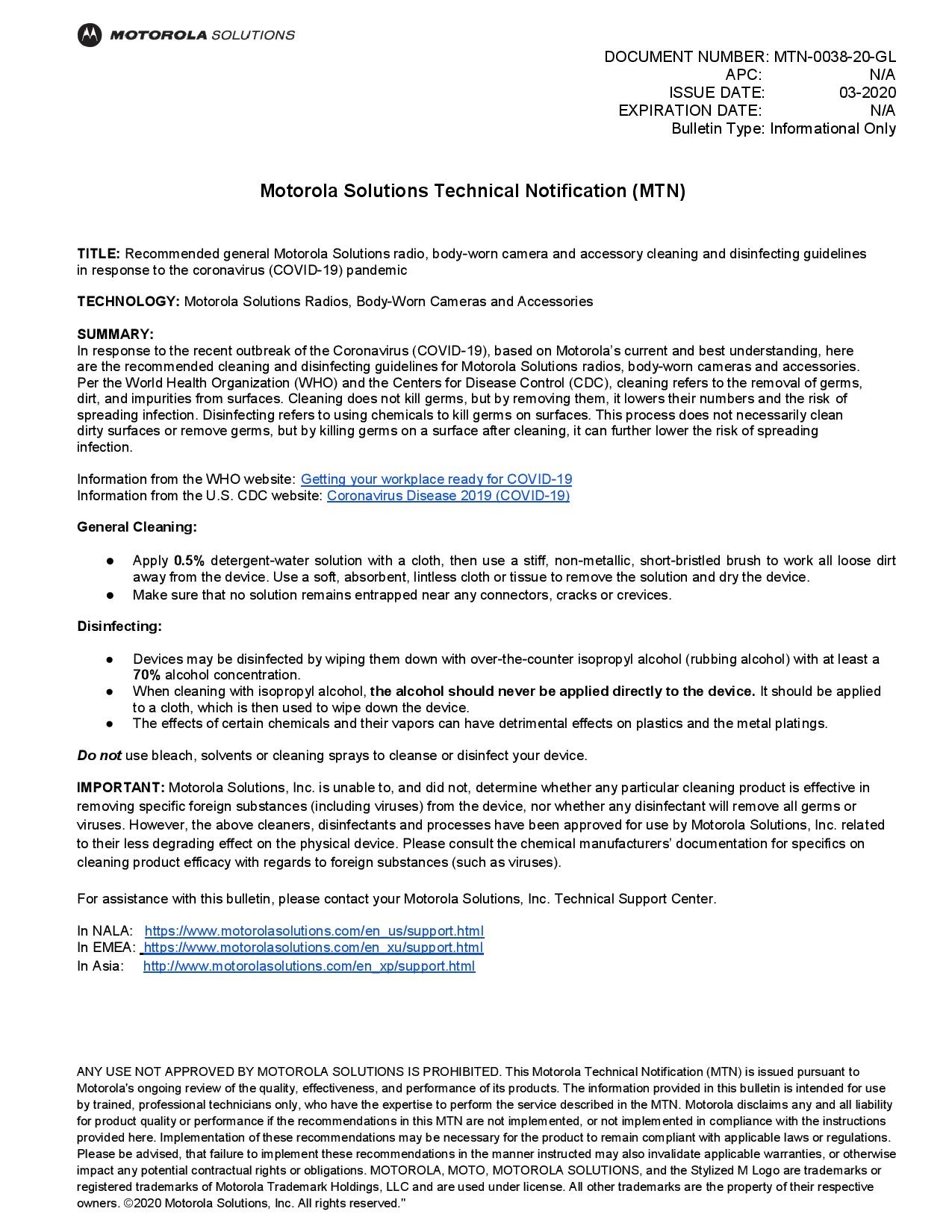