Is the Motorola CLP1080e compatible with my existing Motorola CLP two way radios?  Yes, the walkie talkies will work together.  The headsets are not compatible between models.

What is a Repeater and do I need one?  Repeaters are used to extend the range of the Motorola CLP180e.  Larger Department Stores, Medical Offices, and Veterinarians sometimes use Repeaters to get coverage at the far reaches of their properties.

How does the Call Escalate Feature Work?  You'll press a preprogrammed button on the Motorola CLP1080e and it will broadcast your message to all other radios in your fleet regardless of which channel they have selected.

Why does the Motorola PMLN8077 C Ring Earpiece have a removeable ear tip?  The ear rip can be changed out to make the headset more comfortable for individual users.  Some customers buy each employee their own ear tip for hygenic reasons.

Motorola CLP1080e is protected by a 2 year replacement warranty. 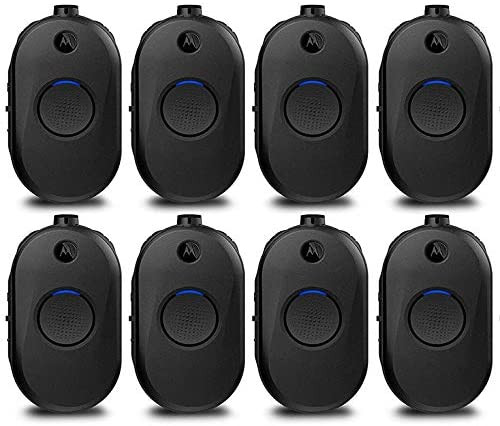