Free shipping when you buy 2 or more Motorola RLN6423 headsets.  Price Breaks on Quantities of 6 or More RLN6423

The version of the headset you're using can be determined by the little color sleeve found on the power cord.  The RLN6423A had no sleeve.  The RLN6423B had a blue sleeve, and the RLN6423C has a yellow sleeve.  Each version had other color sleeves.  The headset looks identical but has been modified to increase its durability several times since it was introduced by Motorola. https://www.twowayradiocenter.com only offers the most current version of the Motorola RLN6423.

See the Motorola RLN6423 in action at these fine establishments.

Walmart, Total Wine & More, Charming Charlies, Dick's Sporting Goods, Academy Sports, Target, Harbor Freight Tools, among others use the Motorola RLN6423 because it is comfortable, discreet, and easy to clean.

For the Motorola RLN6423 headset to work correctly with your Motorola two way radio follow the below steps:

If the Motorola RLN6423C earpiece is not working correctly complete steps 1-3 or contact Two Way Radio Center for further assistance.

Motorola RLN6423 has a one year replacement warranty 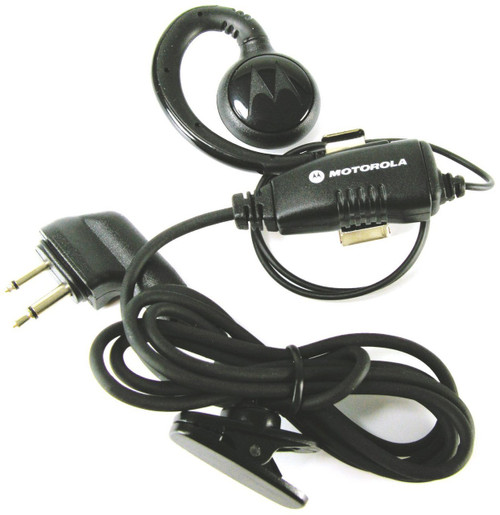