Manufacturing facilities have employees who are tough on equipment.  The number one reason walkie talkies break or stop working is from being dropped.  The Motorola VX-451 walkie talkie has passed rigorous drop tests and is backed by an industry leading 3 year warranty.  In a manufacturing facility keeping the equipment in good working order is essential.   When equipment fails or there is a slowdown in productivity the clock starts ticking.  Time is money and time lost is profit lost.  Crew can instantly call for assistance on the Motorola VX-451 to get operations up and running again as quickly as possible.

Your Motorola VX-451 two way radio will ship with: 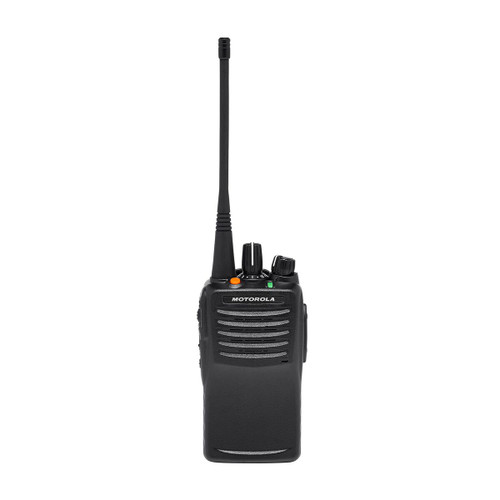