Motorola HKLN4477 Surveillance style earpiece is a single wire earpiece with an inline push to talk button.  When purchasing this headset, you can add Comfort Ear Tips for an additional $10.00.  These eartips use the same technology as hearing aids to displace the weight of the earpiece and increasing the comfort level of the user.  You will receive 3 eartips:  small, medium, and large.  This earpiece is ideal for customers who wear radios for long periods of time and have their own personal headset.

This product is compatible with the following Motorola two way radios:

For the Motorola HKLN4477A surveillance style headset to work correctly with your Motorola two way radio follow the below steps: 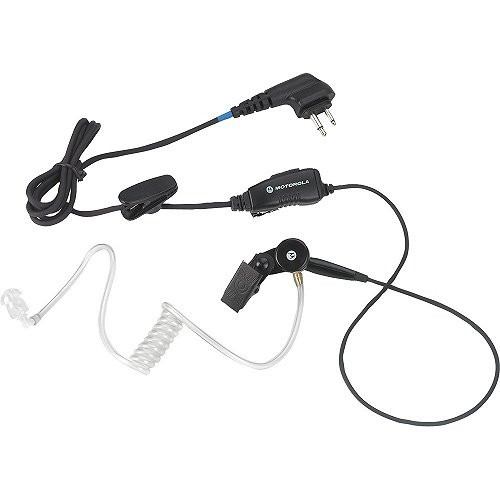