The S9500M surveillance style earpiece has an inline push-to-talk button for discrete communication.  The S9500M earpiece fits in the ear securely and comfortably.  The S9500 Combo Pack is an optional accessory which comes with three semi-custom ear inserts for an even more comfortable experience.  We also offer DECIBULLZ Custom Earplugs for noise reduction.

The S9500M earpiece is compatible with the following Motorola two way radios:

For the S9500M headset to work correctly with your Motorola two way radio follow the below steps:

If the S900M earpiece is not working correctly complete steps 1-3 or contact Two Way Radio Center for further assistance.

The S9500M Single Wire Surveillance Headset for Motorola two way radios is covered by a one year replacement warranty. 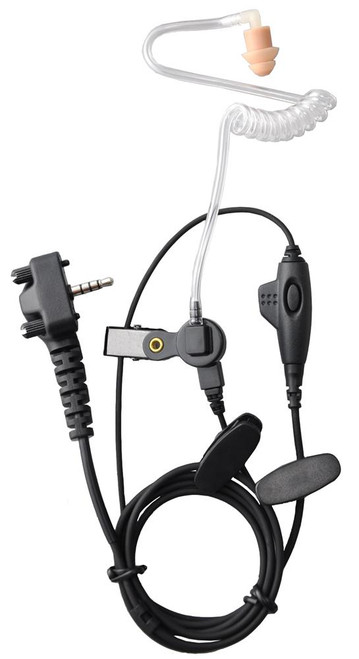