Wired Fox Technologies Touch Free C Ring Headset for Motorola Two Way Radios allows for touch free two way radio communication without having to have an open mic all the time.  Our Touch Free C Ring Headset includes a magnetized wrist band which is used to activate the Push to Talk Mic on the C Ring Headset.  This technology is designed to be used in environments like Doctor's Offices, Surgery Centers, Dental Clinics, and Confined Space Environments where reaching for the Push to Talk Mic is inconvenient or risks transferring germs.

We Educate .... You Decide if the Wired Fox Touch Free Headset for Motorola Two Way Radios is Right for You!

How the Wired Fox Touch Free Headset work?  You move the wristband in front of the magnetized mic to key the mic on your Motorola two way radio.  Moving the wrist band away from the mic will terminate the connection.

How close to the Mic do I need to be in order for the Touch Free Mic to work?  12 to 18 inches is ideal.

Wired Fox TF-MOT-C-Ring Has a One Year Warranty 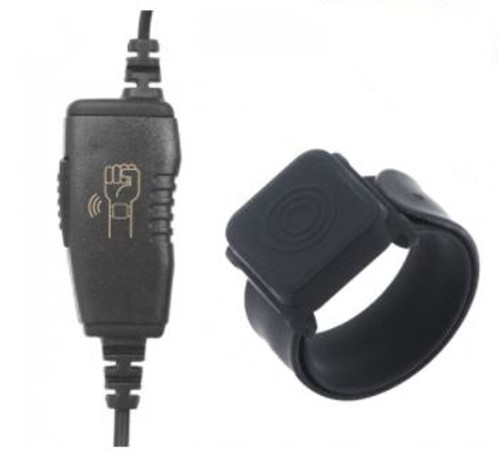